10 Reasons Why You Should Call Winter Garden Home

Downtown Winter Garden is one of the most unique cities in Florida. It continues to gain popularity for its small-town charm situated around great dining and shopping options, as well as other attractions like the West Orange Trail and the farmers market.

Winter Garden has undergone a major transformation over the last two decades. City officials keyed the growth with a determined planning approach.

Winter Garden claims its origins as a citrus hub dating back to the 1960s. As recently as 1998, the city was in massive decline and 80% of the downtown space was left vacant.

That year, the West Orange Trail connected many of Winter Garden’s neighborhoods. A decade later, the downtown core really started to boom and by 2012, the business district was able to claim a 95 percent rate of occupancy.

Today, Winter Garden has a sterling reputation, built by almost two dozen eateries, fun shops, a brewery and historically-inspired architecture. Several steps along the way have built the city’s success.

Several things happened to Winter Garden in the 1990s that led to its rise. The Community Redevelopment Agency started in 1992 to provide the resources needed for the Downtown Historic District’s renaissance.

In 1994, Main Street America began a collaboration with Winter Garden. Then, two years later, the Historic District was given essential tax breaks by being placed on the National Register of Historic Places.

Throughout 1997-98, the West Orange Trail was built and formed a pipeline for bikers, walkers and runners to come downtown. 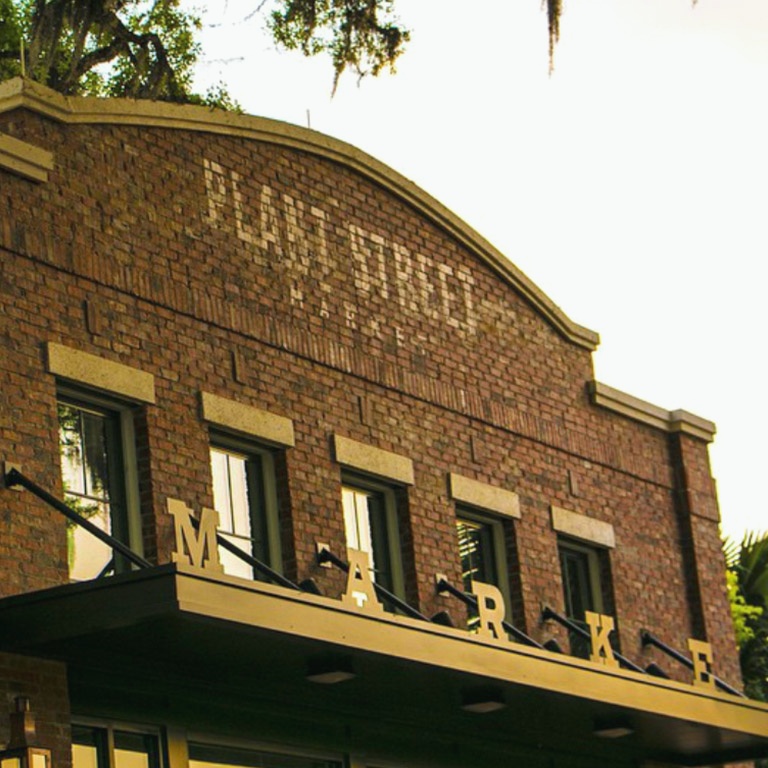 Strong leadership was needed to realize Winter Garden’s promise. Following many of the initial major steps, Bollhoefer took over as city manager, a position he occupies to this day.

Most city managers have tenures lasting between two to five years, but Bollhoefer was able to share a vision with different commissions that still resonated. Some of the major policies included the waiving of impact fees and parking assistance around Plant Street Market and Crooked Can Brewery.

These three factors have led to higher property values, which in turn produces an increase in tax revenues. Those revenues went a long way towards paying the debt down that was incurred by redevelopment.

Family initiatives started in Winter Garden include the creation of a splash pad, the Farmers Market and a downtown park that is in the works. They also have a policy that no businesses cannot be just bars but have to be a bar included inside a restaurant. 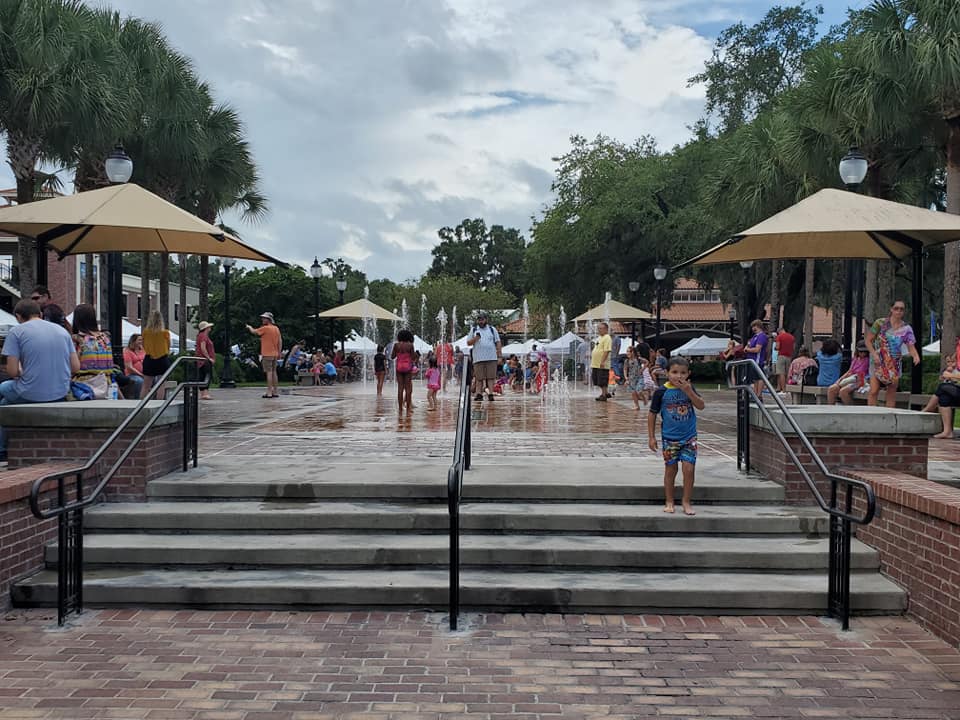 There have always been high standards for architectural design in the downtown area. Winter Garden offers designers to collaborate with any independent developers working in the city, which helps projects fulfill requirements while not running overtime.

Buildings in the Historic District have to fit with that style. One example of this is that no structures are allowed to be over three stories tall.

The City is also committed to landscaping and preserving it mature oak canopy. 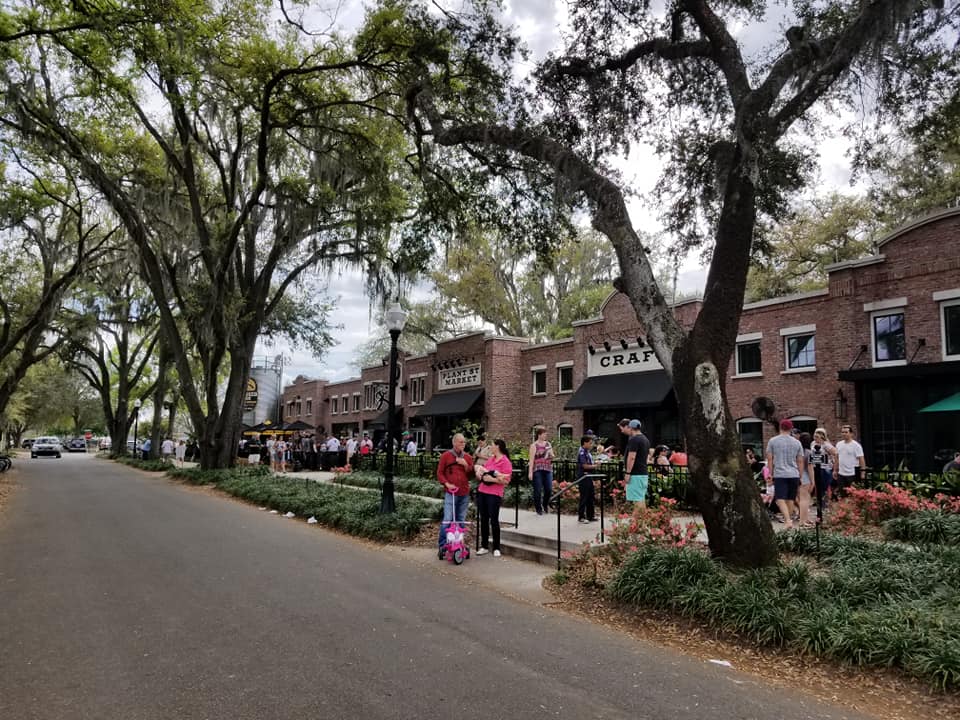 As part of the effort to entice families to call Winter Garden home, the City has placed a priority on public schools. They have A and B rated public schools.

Even though Winter Garden has reached a certain standard, they continue to reinvest in redevelopment. They have worked hard to foster public-private relationships and they have a waiting list for commercial and residential properties.

The following year, the Boyd Street Parking Garage was completed. In 2011, Winter Garden opened the Splash Pad and the Pavilion at the Winter Garden Farmers Market.

A run-down apartment complex gave birth to two of the city’s most popular destinations, Plant Street Market and Crooked Can Brewery, in 2015. Another massive three-level parking garage was also finished in 2016. 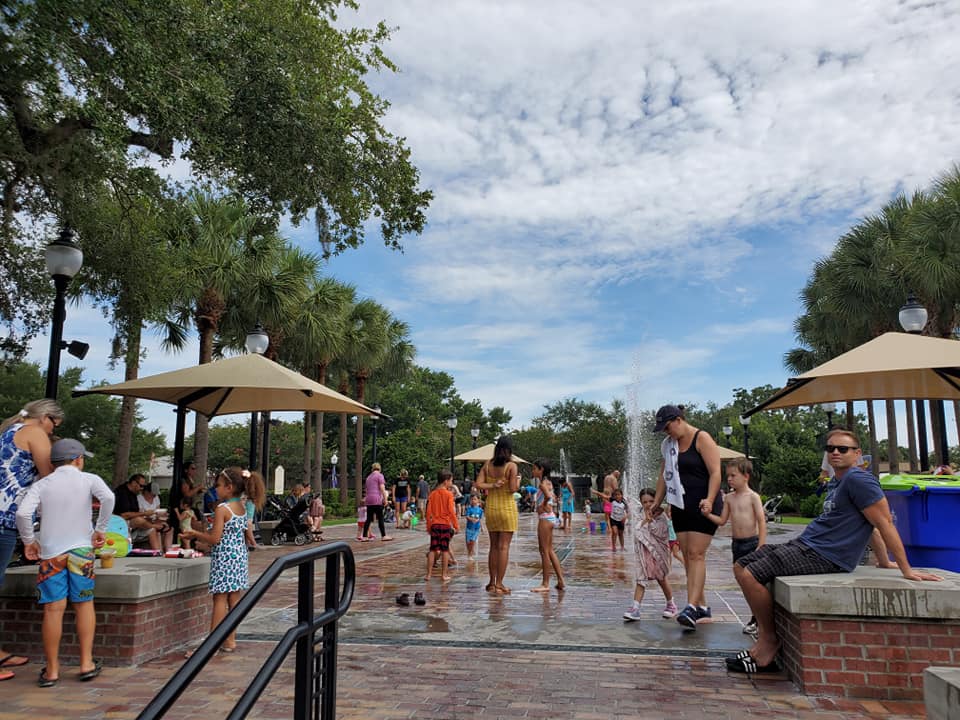 Winter Garden has only added to its brand integrity with its major attractions. The West Orange Trail attracts 100,000 visitors every month. Each Saturday, 6,000 attend the Farmer’s Market. The Garden Theater has events every day of the year and caters to 60,000 people annually.

With all that has been accomplished in Winter Garden, there is still more to do. Projects include a 60-room boutique hotel, a City park across from the Plant Street Market, more parking by the Market, and improved gateways.

With all that has been accomplished in Winter Garden, there is still more to do. Projects include a 60-room boutique hotel, a City park across from the Plant Street Market, more parking by the Market, and improved gateways. 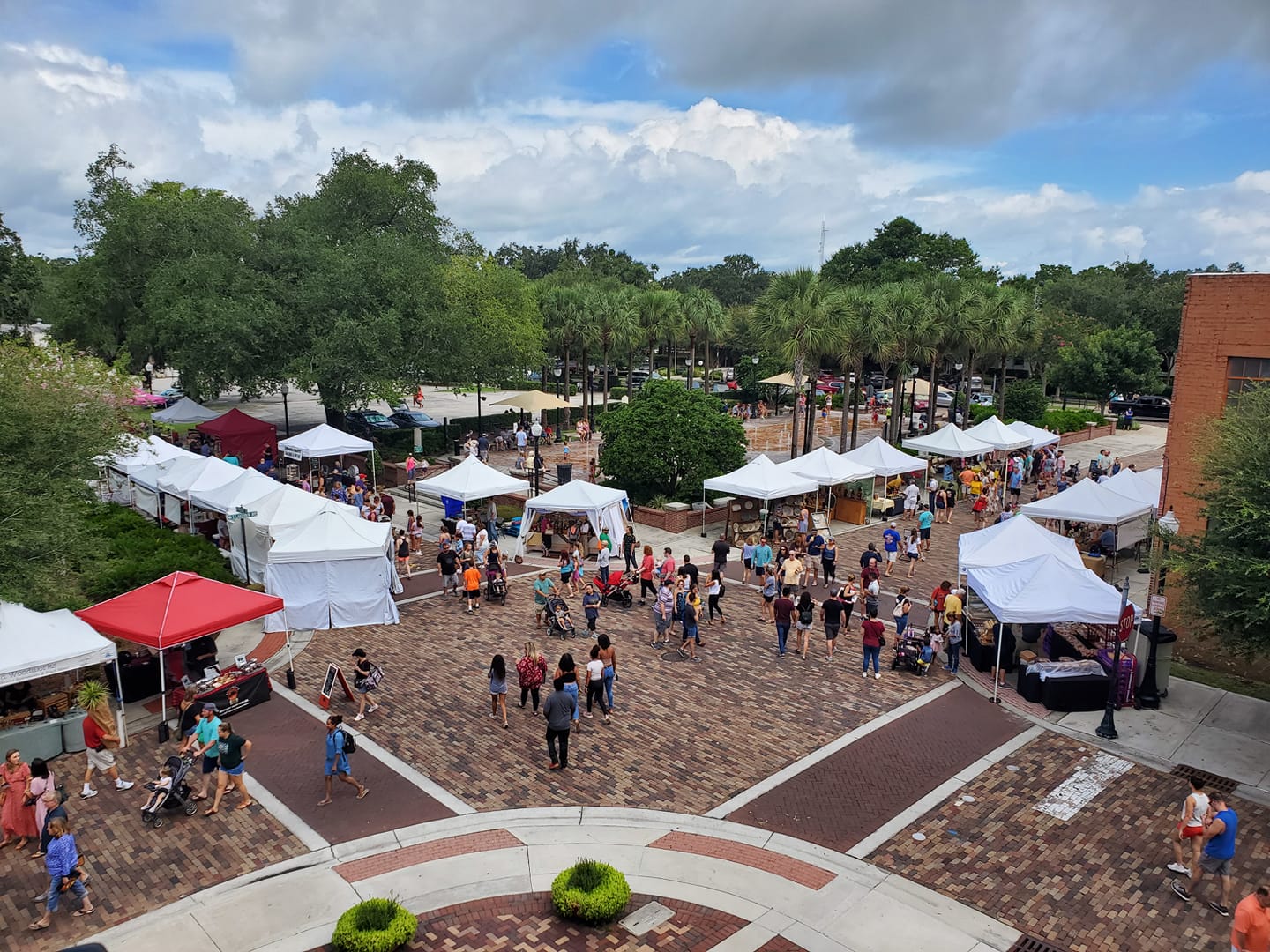 Horizons West in South Winter Garden is exploding with record development, bringing massive tax dollars and infrastructure to Winter Garden and 34787. With unprecedented growth bringing new parks, schools, shopping and restaurants to the area. There has never been a better time in history to explore what Winter Garden has to offer your family. Hundreds of floor plans from almost every national home builder in price ranges spanning high 200’s to in the millions. 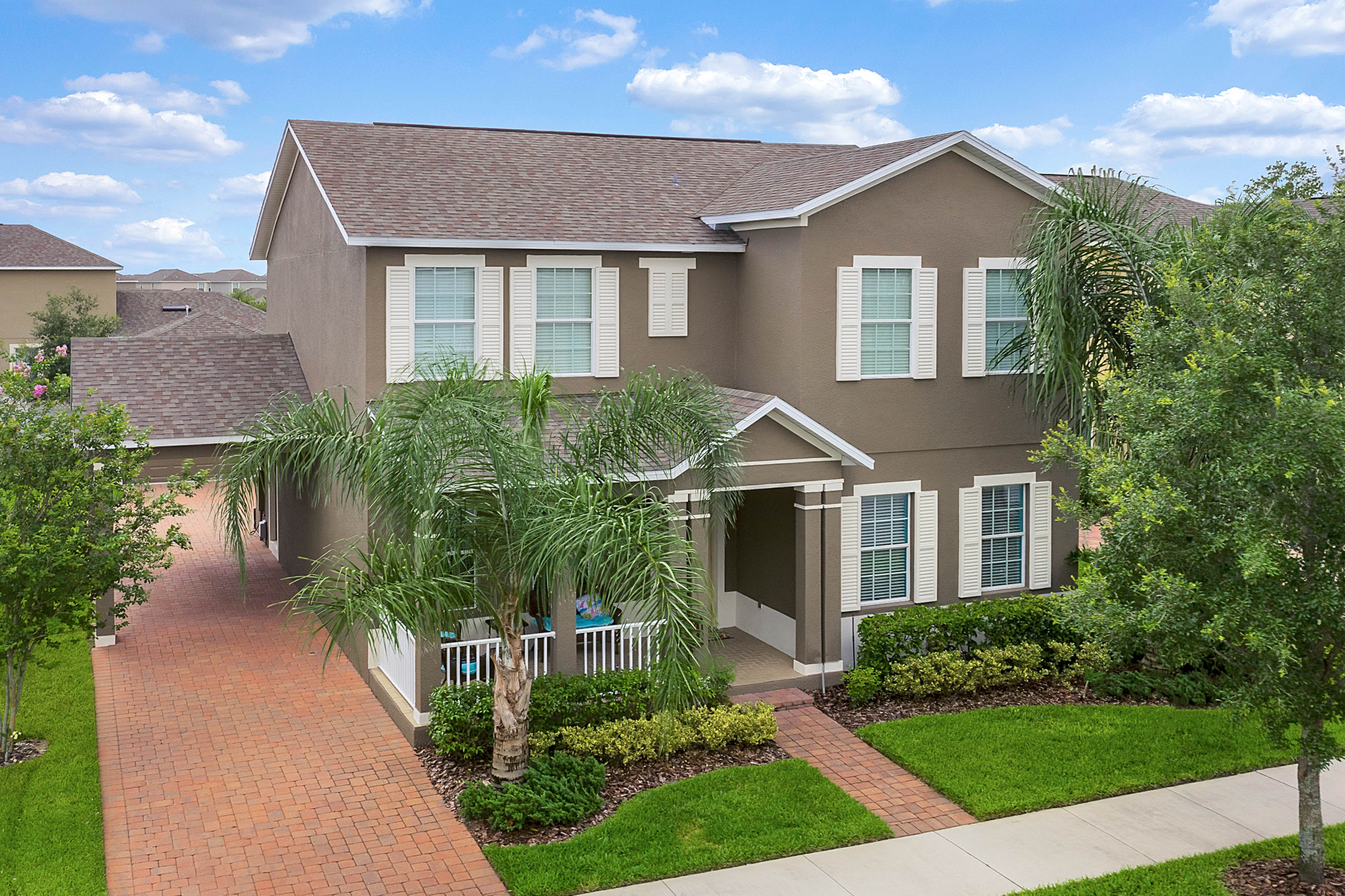 Turn to Ron the Realtor

If you are considering Winter Garden to call home pick up the phone and call the top Winter Garden Realtor for almost 2 continuous DECADES. There is no such thing as after hours and you will get immediate access to unprecedented knowledge and all of Ron's local connections at zero additional cost to your family. The seller pays your representation even if YOU ARE BUYING BRAND NEW HOME from a builder! Call or email Ron the Realtor today and ensure you get the very best in your corner start to finish. Direct and accurate advice every time. Take all the guesswork out of your largest decision and let us get started today...407 592 SOLD